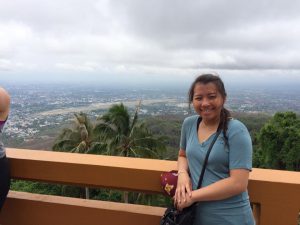 So, I’ve been home for over a week now since my trip to Thailand. Jet lag only lasted a few days and my sleep schedule is mostly back to normal. I even went back to work this week! Honestly, It wasn’t very hard for me to adjust back to my daily routines at home. In fact, it didn’t even feel like I had spent 3 amazing weeks with so many amazing people in multiple places in Thailand.

There was no more packing and repacking of my suitcase to travel to another city, or sweat that stuck to my body as soon as I walked out of my A/C’ed hotel room. No more Nina who laughed at my lame jokes and screamed when I said there was a bug on her. No more pad Thai and fried rice for most meals. Most importantly, no more yummy fruits for such low prices (I bought mangoes a few days after I got home; definitely not the same). Just me in the house that I’ve lived in for 21 years and the noises of my nieces and nephew watching Youtube on their tablets. 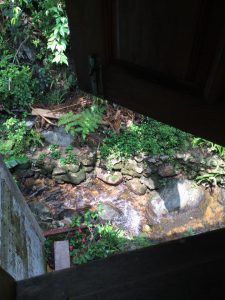 A few days ago I went through my pictures to decide which ones I wanted to use for my digital story (I thought it was due today). It was only then that I started to miss everything about Thailand. I started to recall little memories that I had forgotten for a week. The sound of the little creek that ran behind the house that I stayed in for two days in Mae Kampong Village. The dog that would fetch rocks and climbed steep hill sides to get them. The taste of cold water after a long and hot day full of activities. The excitement before devouring a Magnum ice cream bar that I got from Seven Eleven. I remembered the thrill of zip lining through the forest and the pain that I felt during that one station that everyone who zip lined will know what I’m talking about.

I remembered certain places and feelings that I wanted my friends and family to experience with me. When I went to the Grand Palace, I told myself that I would bring my boyfriend there because with his architectural background, he would be able to appreciate the beauty and uniqueness of the buildings. When I went to the Hmong Village, I wanted to bring my parents there with me. Because seeing them interact with other Hmong people and being able to show me a part of their life was special to them. 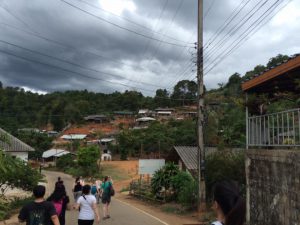 I loved my time in Thailand and I don’t regret any minute of it. I would most definitely go back again. I would travel to new places in Thailand and apply what I’ve learned through my past trip to my new experiences. I am so thankful to this experience and am proud of myself for actually following through with it. Thank you to all of the amazing new people that I got to meet, for contributing to my fulfilling experience in Thailand. You guys are the reason why my experience was great. 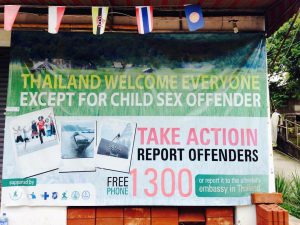 (Mai) I had always known that Human trafficking existed, but it had never occurred to me that it was happening in the places that I hung out and spent free time. Learning about human trafficking in Thailand has opened my eyes to this issue more than I would have ever imagined. If I didn’t see those children begging for money on the streets instead of being in school, I would not have believed that it was such a prevalent topic. Seeing those children made it very personal to me because Laos was the country that my parents fled from in order to escape war and poverty. That kid could have been me. I have learned so much from being here in Thailand, and I hope to be able to apply it to my experiences back in the United States.

In this section I will talk about the types of ways that most people become victims of human trafficking. In particular I will discuss what types of people are more susceptible to becoming victims and how they are entered into the world of human trafficking. According to humantrafficking.org, stateless people, ethnic minorities, and migrants are at the most risk for human trafficking in Thailand. This is because they may lack legal identification, are easily exploited because of poverty, and lack access to education. Most people are lured into human trafficking through promises of education, work, or better life (I.e. Marriage to a wealthy person). Some people may also be kidnapped, such as children and young women on their way to and from school or work.

In some cases, victims may be given drugs and then become dependent on them, and that is how they are controlled by the traffickers. In other cases, they may be threatened that if they try to leave, the human traffickers will find their families and do bad things to their families. It can be especially hard to return to your family after being sexually trafficked, because in some cultures, sex before marriage can be seen as a shameful thing, thus their reputation is ruined. It is sad to think that when brothels are raided by police, the girls go to jail for selling sex, when they have most likely been kidnapped and forced to work there. While doing research on human trafficking, I found that it is almost impossible to escape from human trafficking unless you are saved.

(Chelsea) My interest in human trafficking sparked when I heard Eve telling her story about her personal experience. I wanted to know more about it and how it happens, so I researched the topic and learned about how young girls in outlying, rural areas are more susceptible to being trafficked. These girls and their families are usually approached by people from the city and offered a lot of money in exchange for the girl to “work in the city.” Often times the girl and her family don’t know what kind of work she will be doing until after the deal is made and she arrives to the city.

I was curious to know what is being done to stop human trafficking in Thailand and if there are any organizations aimed at helping at risk girls. The Not For Sale campaign focuses on poor, minority groups living on the Thai-Burmese border who are often considered stateless. This campaign provides many services for children rescued from exploitation. In 2007, they constructed a children home which offers shelter for rescued youth. They also help the children legally obtain formal identification documents which can help them get more employment opportunities. They also provide education to the children and enroll all children at the home in primary, secondary, or university education.

(Halle) About five years ago I watched a documentary that told the stories of human trafficking survivors. I was introduced for the first time to this horrific immense global issue. My worldview was impacted forever as I was educated on this severe violation of human rights. Today, human trafficking is a $99 billion industry that has claimed 32 million known victims. It is a growing underground industry that takes place in plain sight while those in the midst of it remain oblivious.

Nomi Network is one of the many organizations that does profound work in helping victims of human trafficking. Nomi Network helps survivors of trafficking by creating economic opportunities for them by working with them to improve leadership and entrepreneurship skills to become independent. Nomi works primarily in India and Cambodia with victims of sex trafficking as well as those at risk.

In this blog, Mai focused on the types of people at risk of human trafficking, while Halle and Chelsea focused on organizations aimed at helping and preventing human trafficking from occurring. We were all intrigued through our experiences in Thailand and can also tie it back to our own personal experiences. Through this trip and the things we have learned about human trafficking, we are now more alert and aware of our surroundings. We hope that Eve’s seven tips will come in handy back at home and in our future travels. 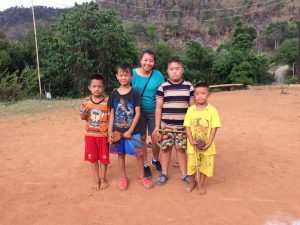 Being in Thailand has put a lot of things in perspective for me. Back in Minnesota, going to a predominately white university, I have always felt like minority. Like I was always the one getting the shorter end of the stick. Then I come here and I realize how ignorant and privileged I am to live in a country where I have to drive 20 minutes to school and still complain about how bad traffic was on highway 94. How privileged I am to have air conditioning in every building that I walk into even though it is only 80 degrees outside.

Everyday here the sun is hot and the air is humid. Now I can finally understand why my mother has the heat turned on when it’s 70 degrees back at home. After being in the United States for over 30 years, she still hasn’t adjusted to the cold of Minnesota. Visiting the Hmong village was definitely my biggest wake up call.  Things are so much different than the Hmong movies that I have seen. Both girls and boys have access to education and agriculture is so much more advanced than I had even considered. Furthermore, I was surprised to learn that only about 10 out of 200 families still followed the traditional Hmong practice of Shamanism. I thought that the conversion of religion was only a trend in the United States, but apparently that did not stand to be true. 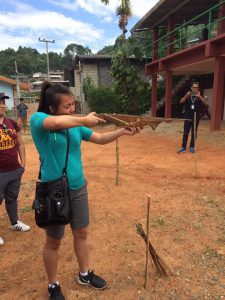 Although so many things surprised me, I can say that I have never felt so proud of my Hmong heritage. Seeing the spinning tops, shooting the cross bow, and riding the kart down the hill really helped me embrace my Hmongness. Especially hitting the coconut on my first try! I had always known that those were genuine Hmong traditions but had never had the chance to actually do it. It made me feel like I could relate to my parents childhood. Walking around the village, getting caught in the muddy rain, and playing with the village children made me feel so at home. These are my people. This is my community. And I am their person.