Coming to America with a perspective that everything will be just like what they display and commercial on Television about U.S culture. I will see everything white, white teachers, white friends, and white neighbors. My assumption was everybody would be really friendly and no segregation regarding social classes differences. However, the reality is always surprise and opposite from your expectation. I was lost in a culture shock and confusion in the fact that America has the most greatest culture diversity in the world compare to my origin homeland, Laos. There are so many cultures, races, and people from everywhere in the world live together in America, which creates a complexity and competition. 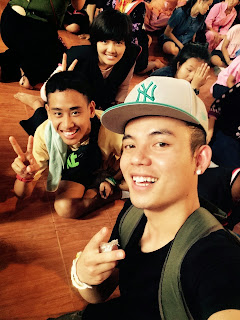 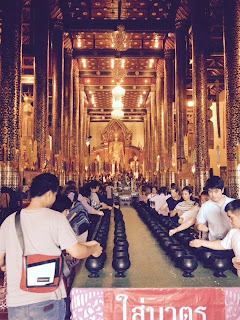 Because the existing of multiple cultures in U.S, people tend to enhance their individualism over developing the community base. I remember throughout my time of living in U.S; people always complete with each other. For example, I took a college course, “Multicultural perspectives”, and we had a reading about the role of women in Islam religion. There was an open discussion in the class where we allowed to collaborate opinion and thought about the role of women character and her actions in the reading. I don’t remember exactly what was going on in the reading, but we had have a heat argument between the classmates. One of the students was an Islam and the other was Christian. Both of the students tried to make an argument that their religion or culture is better than other. An Islam students believe that what the women did was a right thing to do, but the Christianity students argued that it was a wrong and inappropriate action regarding to his culture. So that moment made me realized about how American living system that emphasize on individualism. I see this concept almost every day in my life living in U.S. People always assume and jude about other about my ability because I can’t speak an efficient English. That why there is always competition between group of cultures and people from different back group compete each other to make themselves look superior than others. And this is how I adapted and live my life in America.
But coming to Thailand has opened me to see a different perspective on how people live their lives in other place. Thai people really live their lives as simple as how the Buddhism principle play a role in their lives. I remember when we went to Wat Chedi Luang to meet with Jo lee, a master monk in the temple, and had a valuable conversation with him. There he was giving a speech about what Buddhism is and how it play role in people lives in Thai, but one thing that struck me the most was his example about why do we need to argue about the differences of religion and which one is better than other. He used “sugar” as his example to explain his concept and principle of Buddhism. There are many ways and term in implying to the word sugar. For example, in English we called sugar, but in Thai they called “Num Tan”. We could see the differences between the two country of how they pronounse and spell the word sugar. We might say that American sugar is more quality or better than others just because we are develop and civilize country. But one thing that we forget is all sugar taste the same which is “sweet”. Therefore, why are we even arguing about who is better than who. Every religions teach people who to be good, love, and share to one another. And This is why people called Thailand is a “smile country”.

One thought on “why do we even care about the differences”